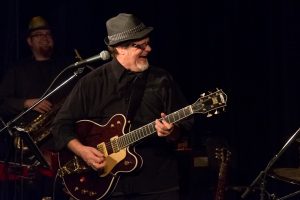 Singer-songwriter Graham Ord has garnered respect internationally, as a fine musician and engaging communicator. His music can be described as a blend of Soul, Blues and eclectic Roots music. His performances are compelling and entertaining, ensuring that audiences come back for more.

Graham has released eight solo CD’s to date together with several collaborative projects which have attracted accolades from around the world. He has also written and produced music for several other successful artists and has composed scores for short film and narratives.

Graham is originally from the U.K. but now works as a musician and recording artist based out of Kelowna B.C. Canada.