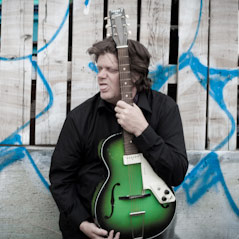 From the title you may think I have become insecure again about my lack of notoriety, but no, it’s actually the title of a song I wrote based on the words of an imprisoned Russian dissident called Alexander Ogorodnikov back in 1987.  During the 1980’s and into the early 90’s I was involved in taking aid and scriptures to the Eastern Block. I became involved with an advocacy group called The Jubilee Campaign which was started by Danny Smith and David Alton MP. The jubilee campaign did a lot to speak up for religious freedoms and during this time two of the people we spoke out for were Valeri Barinov A Russian musician who wrote a gospel ‘Rock Musical’ called The ‘Trumpet Call’,  and also Alexander Ogorodnikov who had been imprisoned for 9 years in the Gulag because of his religious activity.  ock

Recently I heard that Koenraad De Wolf had written a book about Alexander entitled ‘Dissident for life’ and the publishes informed me that my song was mentioned in the book. I feel proud that in some small way it did something to bring to light the plight of Alexander and other people who are prisoners of conscience/faith.  The original recording was a cassette tape so I made a digital copy of it and made this simple video of the song for those interested in hearing it again.  The song was performed on BBC TV by Martyn Joseph who is a musical hero of mine but sadly I didn’t hear it as I was in New Zealand at the time, which incidentally, is why I didn’t sing it myself.

As I have reflected on this song again after all these years I have been stirred to think again about how the Arts are so powerful in bringing issues of social justice to the mind of the public. Music is a powerful tool in bringing social change and I feel so honoured to look over many years of occasionally seeing this in my own life and work.  A simple song can achieve a lot and I need to remember this when it all seems pointless.

If you are interested in reading more about Alexander’s amazing life story, and it truly is amazing! then the book is available from Eerdmans publishing house

The video can be seen here:

Am I forgotten? By Graham Ord.